This past week has been very busy with our Big 5 safaris from Durban!

Guide Paul collected our guests off a ship for two separate Big 5 safaris to Hluhluwe-Imfolozi Park. Some fantastic sightings were had on these day safari tours. 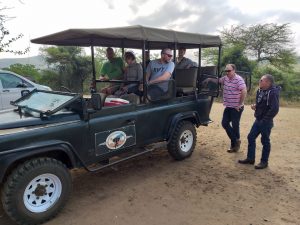 After an early morning start we arrived at Hluhluwe-Imfolozi Park’s Memorial Gate. Here our excited adventurers climbed aboard open game vehicles, for a 6 hour tour of the bush. Some fantastic sightings on both days. Four of the Big 5, lion, elephant, buffalo and rhino were seen. Numerous antelope were also spotted, along with zebra, wildebeest and giraffe.

A bush braai/barbeque was laid out for all to enjoy at one of Hluhluwe-Imfolozi Park’s picnic spots!

A great two days safari and onto the next one! 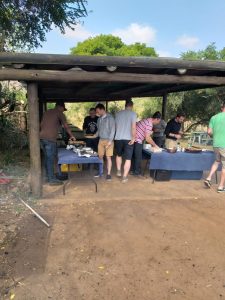 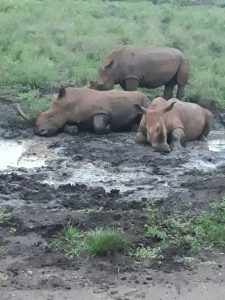