What a Fantastic Kruger park safari from Durban.

Durban tour guide Paul collected our guests. We left Durban early at 06h00, and drove north up the coast and through Swaziland. Driving through Swaziland cuts down on driving time to Kruger Park by a few hours. Swaziland is an absolute monarchy, ruled by King Mswati. 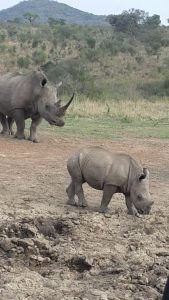 We arrived at Kruger after a long drive and entered at Crocodile Bridge. Ten minutes into this Big5 safari park we found a herd of Elephants, in the shade, on the side of the road. About half an hour on a safari drive and a couple sightings we had 9 white rhino ticked off.

The 4 day safari continued to be very exciting with, wild dogs, 3 Leopard, 7 lions, 3 cheetah and plenty hyenas made up our carnivore sightings. Lots of elephant herds were in the rivers and we had the rare black rhino close up. 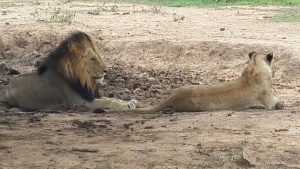 We stayed at 2 different camps, both were comfortable, clean and had great food in the restaurants.

Another great safari. Kruger proved once again why it is one of the worlds leading wildlife reserves.

The above safari tour itinerary can be found here