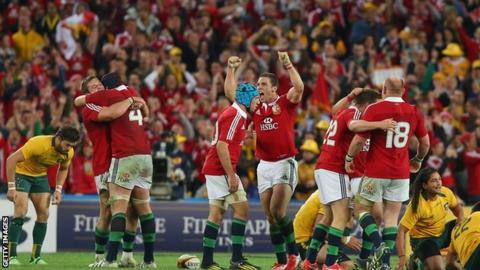 Every 12 years South Africa has the honour of hosting the British & Irish Lions rugby team. Following the team is an army of loyal fans. We are thrilled at the opportunity to host this amazing tour in South Africa!

Durban, which is the largest city in the province of KwaZulu-Natal will unfortunately not host a Test match. We will however host The British & Irish Lions vs The Sharks. The Sharks are Durban’s local provincial team. The Sharks are one of South Africa’s top rugby teams and should pose a stern challenge for The Lions.

Situated on South Africa’s east coast, Durban is the perfect base for travelling fans. Durban has an 8 kilometre stretch of beach promenade. Along this promenade are numerous hotels, restaurants and bars. Further up the coast are some beautiful costal towns such as Umdloti, Umhlanga and Balito. All these costal towns are on the route to KwaZulu-Natal’s most famous Big5 safari park, Hluhluwe-Imfolozi Park. This safari park is just three hours from Durban. We conduct day safaris and overnight safaris to this, the oldest of Africa’s safari parks.

Just before Hluhluwe-Imfolozi Park is St Lucia, which is home to Isimangaliso Wetland Park. This World Heritage Site offers a Big5 safari park and an estuary where you can take a boat cruise to view hippo, fish eagle and crocodile. We can incorporate a safari game drive inside The Western Shores safari park, or Hluhluwe-Imfolozi Park with a boat cruise on the estuary.

For those wishing to visit the ancient rock art paintings of The San Bushmen, we offer tours to The Drakensberg Mountains. A Lions tour victory is always a cause for celebration, toasting a victory inside Africa’s highest pub will be a unique experience. Sani Pass in Lesotho is three hours drive from Durban. A 4×4 vehicle will take you on a beautiful and scenic tour to the top of the Pass. At the top of the pass is the pub at 3240 meters.

Durban is just 6 hours drive along the N3 motorway to Johannesburg. This is where two of the Springbok vs Lions test matches will be held. You could wake up in your hotel on the Indian Ocean and be in Johannesburg in time for the game. A flight to Johannesburg is 45 minutes. Durban’s King Shaka Airport is 40 minutes drive from Durban. The coastal towns of Umdloti, Umhlanga and Balito are even closer to the airport.

Durbansafaris.com will be running tours and safaris daily for the duration of the tour. With roots in Durban and the UK, we have had the pleasure of hosting thousands of UK travellers over our 10 year existence. We look forward to adding to the many happy tours we have conducted over the years!

Our day tours can be found here

Our overnight tours can be found here